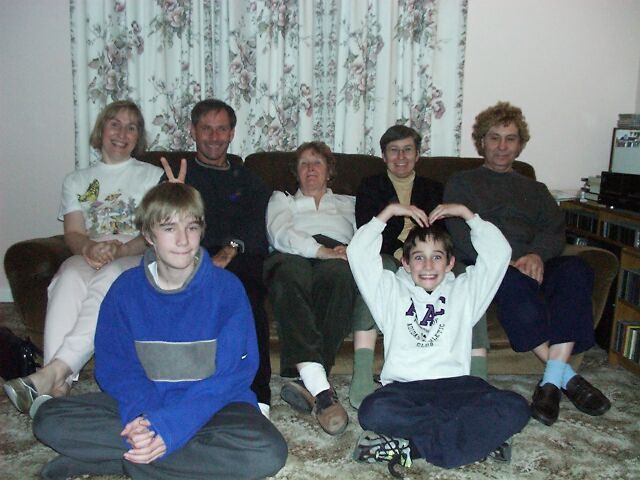 Left to right at the back: me, Alastair, Janet, Liz, Alan. In front, Kit and Peter (Alastair's children).

Here are my parents and sister again - Dad is just getting his birthday present - one part of which is a digital camera: 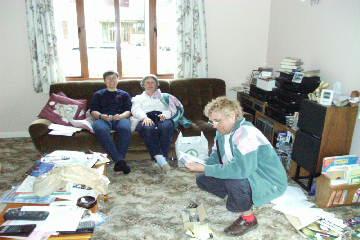 It may seem cruel to have taken a picture of him with the next generation of digital camera! Still, he got other presents from me.

Brian Watson (friend from the village of Sutton) and me... 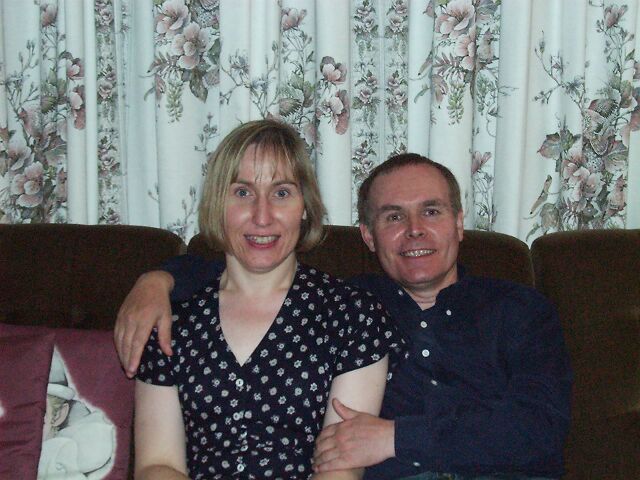 ..looking like startled rabbits in the glare of the camera's auto-timed flash!

Those pictures showed a bit about my house, so here's a bit more. All the living room, where the living gets done. 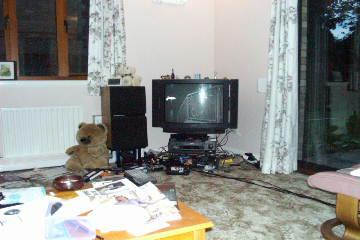 On top of the loud speaker is Algernon, while Huggy, a first Christmas gift from Mike, is on guard - he's now matched by Dopety-Dawg, from John next to the other speaker. Soft toys are popular gifts - you can't see Fenella the rabbit on the other loud speaker, though she is visible in the family shot, and Colin the hedgehog is upstairs in my bedroom The picture on the window sill was painted by Mike and is the view out of my kitchen window. The large window looks out onto the garden, but the camera's flash means you can't see it! The cables on the floor connect the VCR and the mini-DV camcorder to my laptop computer. In theory, I could go home and do high quality video editing, in practice, I lay on the couch and read (due to the increasingly low standard of broadcast TV, this is more often than watching tele) while listening to New Country music (hooked for many years courtesy of Nick Barraclough and Radio 2). Laying flat is a reasonable activity for my back.

And, for my back, I compute reclining on occasion:

The tiny computer (Libby - a Libretto 100) was easy enough for me to carry, as is the LCD screen (a monitor sat in the corner of the dining room for months - Mike had moved it there to be out of the way for guests, and I never managed to pick it up again. Eventually I sold it on the cam.misc usenet group to someone prepared to come and lift it up to take it away!). You can read more about my back problems by following the link on my home page, but in the meantime, its quite simple - most of things I buy have to be light, otherwise I can't carry them. And even the light things are too heavy. After eight operations on my back to kill the nerves that feel the pain, I'm not badly off in daily life, but lifting things is verboten - I have a vacuum cleaner for upstairs and downstairs (both Miele!) which does feel pretty silly when I see the upstairs one. Libby belonged to work and has now been replaced by a Compaq N400c - I also have my own Compaq N620c which is similarly light, though not quite as small. You could get the impression I'm gadget mad, but that would be a mistake - after many years of having little electronic stuff, one company provided a fax machine and another provided Libby and a mobile phone in short order and then things just accreted over the last year and most don't get used (well, there's no time!).

Here I am upstairs in a guest bedroom (no computers there!): 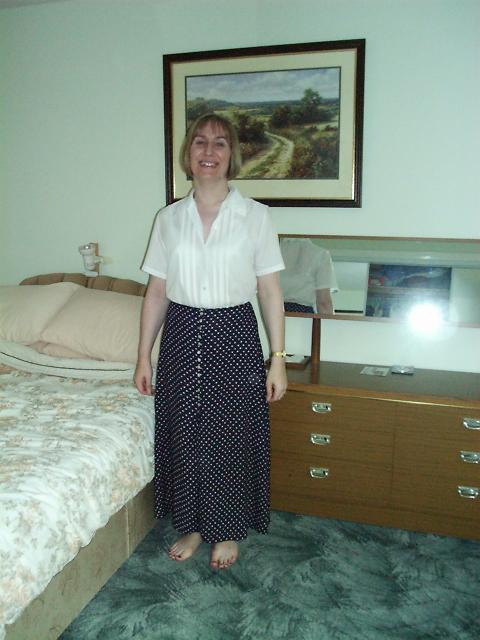 Well, at least I know how to work the camera's self timer now!

And at work, this is the correct attire for the Acorn Online Media Chief Scientist:

You caught me - that's not what I usually wear - it was Comic Relief day, March1995. I suppose its not too far from the white coat image of a scientist... At least we raised a lot of money for charity.